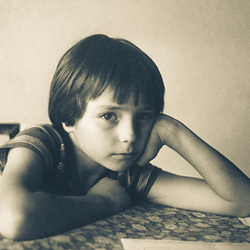 When paper, carrying memory, reverts itself to epidermis and offers its skin to the unknown... from the encounter of skin to skin, outpours the inner matter, the light matter, the movement of the consciousness...

When I discovered Pierre JALBY’s artworks, silence fell, a moment filled with contemplation, emotions, journeying and questioning. I was like suspended in time, swept into the universe I was discovering and exploring…dumbfounded by the beauty I was contemplating, sucked in by it, and thrust into a dimension that was stimulating my senses, my mind and imagination.

I must warn you ! What you will discover on our website, through your screens, is nothing compared to what you would feel, if standing face to face with the artwork. For only then could you truly grasp their aesthetics and poetry, and truly feel the dimensions of the journey they offer.

Yet, let there be no mistake. If the artwork’s final medium is paper printing, trying to class Pierre’s artworks as photographs would be too limiting compared to what they actually are : the fruit of an alchemical creative process, whose ingredients are paper, as prima materia, sublimated by light through a cosmic bond that unites us all. The photographic act is just a small part of the creative process. And, even if at first glance Pierre’s artworks reveal aesthetic purity, they are all endowed with an artistic and conceptual depth equaled only by their fulness and their intensity. One must hence look beyond the technic in order to fully feel their impact !

His artworks are the fruit of a lengthy journey that came to reveal Pierre’s intimate bond with paper and light, and, through them, a quest to reconnect with himself, with the world, with space and time, with childhood...

As a matter of fact, the story begins with a sensation he once felt as a child, that pursues him and which he pursues since ; That day when he experienced a moment of grace, as fleeting as it was intense:  with a feeling of melancholy and solitude, sitting upon scattered stones, penetrated and warmed by the light, a feeling of belonging to a continuum, of being connected to the elements. A vision and an emotion he has been able to preserve deep inside like a revelation, a precious gift granted to a child which he says he still is. That sense of belonging has never left him and has led him towards interiority and exteriority, introspection and exploration of bonds.

It will come as no surprise to learn that wonderment and encounter have always guided Pierre's journey, from his early days in photography at the age of 21, to his choice of photo reports, up to that creative instinct that has led him towards artistic expression.

During his early years studying photography in Cahors, Pierre grew closer to the CARTIER Foundation and to conceptual art. His photo reports also allowed him to make unique and unforgettable encounters such as : discovering the powerful bond between caregivers and patients, among the Hospital workers of Lourdes, ;  collaborating with CNES (National Center for Space Research) over several years, cultivating and sharing his passion for spaces sciences ; Meeting Japanese artists in Kyoto during which Pierre's idea to unite light and paper first sprouted ; In New Caledonia, among tribal people of the Lifou island, feeling the truly bond between man and nature ; On the way to Saint-James of Compostela, experimenting his bond with the intimate time, narrative and motion, between what is, what was and what will be.

In 2009, Pierre enters his 'cave" ; a room immersed in darkness, sublimated by what he calls his "light well", source and crucible of his creations. There, he initiated his empirical and childlike exploration, until one fine day, on september 7th 2013 precisely, came to him his personal scripture made of paper and light, like an obviousness filled with jubilation and dizziness. It was to become his medium and concept.

At that point, Pierre's intimate quest had found its artistic form of expression that he has never ceased to enrich and expand.

The story would be incomplete if I did not mention Anil-Frank DESAI, author-conceptor and Pierre's childhood friend, and the unwavering spiritual and artistic connection that bonds those eternal children. Anil writes, he always has, expressing, by way of compact and salient prose, the intimate construction facing the world. Both art forms are nurtured through this dialogue and echoing, reflecting into one another like a game of smoke and mirrors. And when both art forms unite, skin to skin, it isn't surprising that from this bond arise joint and transversal creations, driven by a comprised concept.

There are people who simply cannot help but try to figure out a magic trick, we have all met one!  The same people will inevitably get close up to one of Pierre's artworks with the only intention of unveilling his technic, the how, at the expense of the emotion they purvey. They will surely be disappointed, for neither I nor the artist shall reveal the secret! And so it goes, as I'm sure you'll understand, the continuing magic and invitation to journey that Skin-to-Skin offers : to dive into the heart of the sublimated matter, explore time and space, the Whole, the intimate, to undergo a transmutation until reaching the intangible ; an adventure you'll feel even more with the larger formats, offering a fuller and more intense immersion.

I will say no more. But I invite you to find out more about Pierre and Anil, to let them introduce themselves to you by reading Skin-to-Skin, the concept.

SEE THE ARTICLE "Skin to Skin"

On that note, I bid you a wonderful journey… 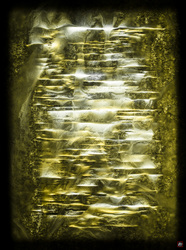 All artworks by Pierre Jalby