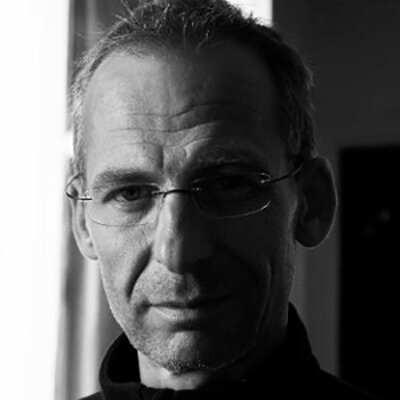 I like the provocation imposed by the dark shading which directs the eyes towards a glaring and abstract opening, leaving the imagination free to go where it wishes, to be ingulfed in it…it is also the power of transition which is being expressed.

Discovering Pierre Riollet’s paintings (a graduate of the Auguste Renoir Art school in Paris, former professional advertiser), is about contemplating, travelling and, above all, escaping.

His realistic paintings, hyperrealist at times, offer a moment of peace and piece of mind, aesthetically. Between the urban views which could be common to any city, and the urban landscapes inspired by the American way of living (which is very much present in his artworks, each one being inspired by his own travels around the world).

Aside from his neat and precise technic, which allows him to interplay light and shadow, what moved us the most is the capacity of his artworks to carry us away, in tranquility, beauty and serenity. Time stands still, and so do we. Undeniably, his paintings are inspired by American realists, such as Norman Rockwell, Edward Hopper and even Robert Cottingham, whom Pierre greatly admires and inspired him to become a painter.

Although there is similarity in the colors, the contrast with light and shadow, the technic and some of his subject matters (especially since his trip to the US), Pierre has a distinguished, personal approach which we find in all his artworks: a perspective TOWARDS the light, drawing us towards the canvas, pulling us inside it, taking part in it. For that reason, the urban architecture, and the flow of lights it plays with, is his favorite subject.

It is not surprising that the tunnels and alleys inspire him so much, and that windows and storefronts are components of his artworks. “Beyond the symbolism of an alley, it is the graphism and the aesthetics which interest me in that theme. Whatever the object, the frame magnifies the light, and its limits serve it. I like the provocation imposed by the dark shading which directs the eyes towards a glaring and abstract opening, leaving the imagination free to go where it wishes, to be ingulfed in it…it is also the power of transition which is being expressed.”

For several years now, Pierre has developed the “backlighting” effect, well known in photography, which he began to exploit and sublimate in his paintings. In consequence, he accentuates the presence of his artworks and especially the “aspiration” of the spectator within the canvas, “bringing” the spectator to it.

Represented in numerous art fairs, increasingly exhibited in renowned galleries, his prices are slowly but surely rising…Either way, Art Traffik has a huge crush for this artist and his artworks, and the pleasure procured 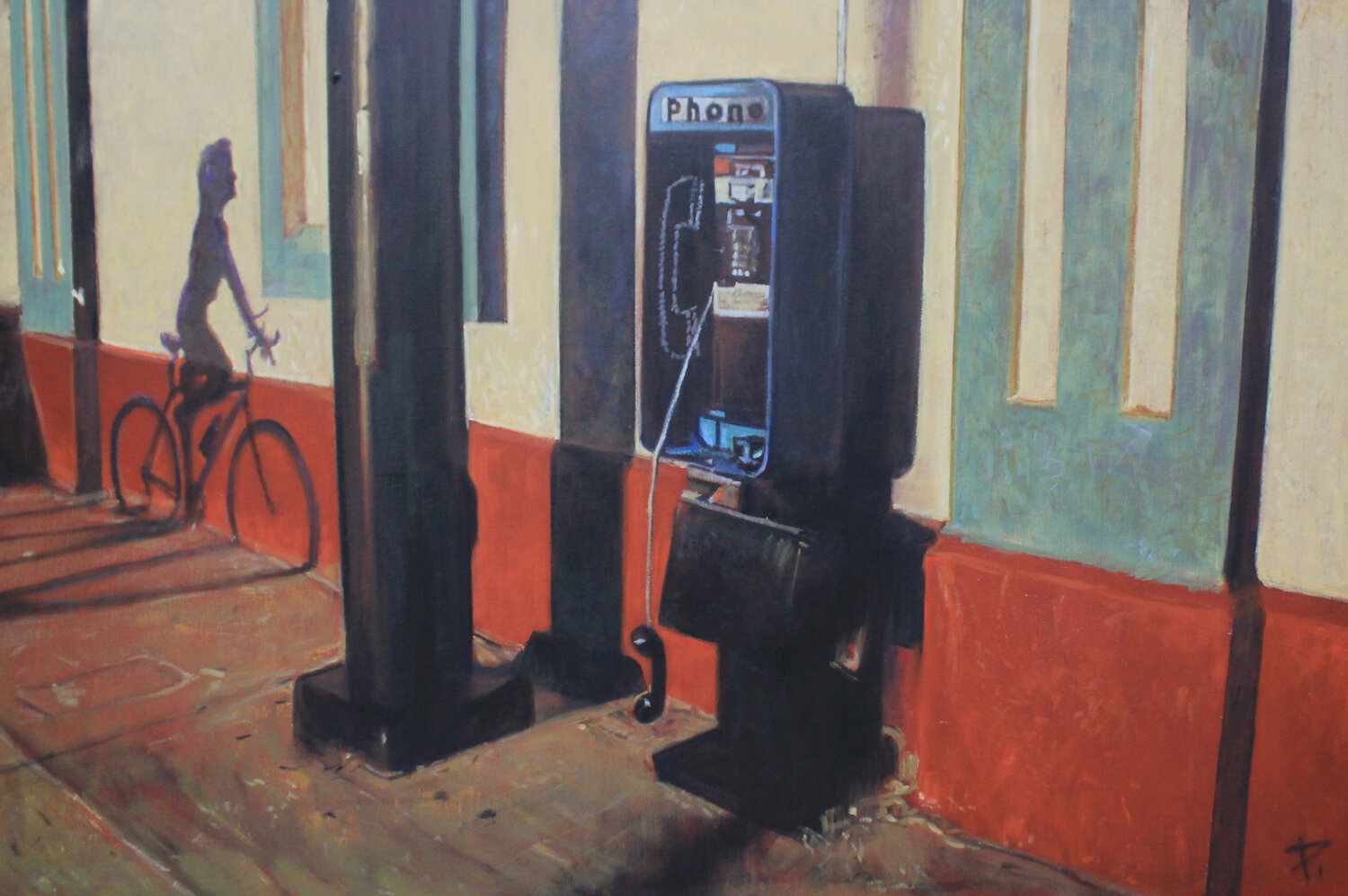 All artworks by Pierre Riollet