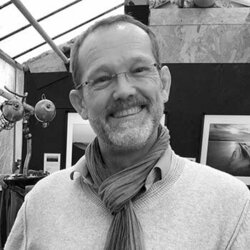 I have always felt different.

Wilco Westerduin ...an artist restoring the noble appearance to the art of photography…for he makes it a point to never touch-up (alter) his pictures, ever. Each photography is the result of the perfect mastery of his camera and its settings; a camera far from the usual high-performing professional equipment. Wilco is a purist.

This is where his true talent lies : a technic that is pure, benefiting his vision. This talent allowed him to take pictures of the Basque country landscapes, earning him recognition. Those same pictures have won prizes, notably due to the book regrouping them (Planet Basque-Arteaz Editions).

But from Art Traffik’s point of view, Wilco has an additional talent which distinguishes him from others and makes us proud to present his artworks: his Urbex photos…beyond his technic, he tells a story and takes us within the compounds from another era, where time has left its imprint, whose colors Wilco sublimates.

Just as these pictures are never altered, Wilco never modifies the composition, the scenes he hunts and shoots. Wilco hunts venues, moments, and scenes from the past. Just like the picture of this armchair and bottle, abandoned in a fort, facing a television (« Home Basics » photo). He uncovered this strange, peculiar spot, just as it was, and waited for the right moment, for the perfect light to take the shot.

Time passes, man leaves his imprint, nature works its power, and Wilco searches for the alchemical beauty that operates between the two; his artworks are a narrative voyage of that chemistry….His technic is exquisite, creating aesthecism with photography. But his talent is to seize time and spaces, and to capture the beauty that emanates from their interaction.

He once said “At one point in my life, I lost everything. And my photographs of these abandoned and degraded places, like I once was, prove that despite of the decay brought upon abandonment, time passing or severe conditions, there is beauty in all things.”

Although Wilco’s artworks have generated recognition in the worlds of photography and art, and has rapidly won prizes, he does not plan on stopping there; he continues to enhance his talent and take new photographs. We would be pleased to show you his artworks, and accompany him in his ascension. 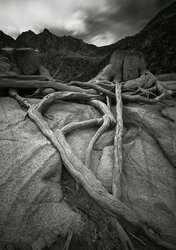 All artworks by Wilco Westerduin