Home
Community
POLITICCHIO , or when Art takes the floor and fights for a cause

POLITICCHIO , or when Art takes the floor and fights for a cause

POLITICCHIO , or when Art takes the floor and fights for a cause

Guillaume Collet, artist in the Art Traffik selection, an artwork for a promise for change : co-sign his open letter

- The artwork and letter, signed by the artist and all the co-signers, will be given to the French President.

- All proceeds from the common pot will be given to various associations, as follows :

The message ? The intention ?

To begin with, if this artwork and letter are destined to be given to Mr Macron, their message is addressed to all Presidents and governments around the world.

Politicchio is an artwork that bears two symbols :

If the artwork points fingers, it also affirms its desire to forgive, and only then will political untruthfulness make room for transparency. This artwork carries the contemporary message of today’s anger, but, also, the joyful perspective of a different tomorrow. A gateway to forgiveness, for we couldn’t live eternally with such anger, anger that even a mask cannot hide, the same way it lacks the capacity of masking lies. This is a twofold gift for the President, in the hopes of a better future promised by the very same President. The gift of an artwork and the gift of the people’s promise to forgive. Gift we hope will be accepted by the President as an engagement to uphold his promise, like the artist promises to uphold his : to symbolize forgiveness by the resection of that ghastly nose.

Letter to the President : 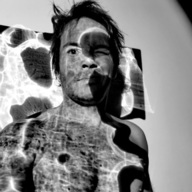 more information about the artwork 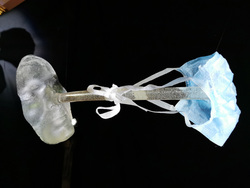 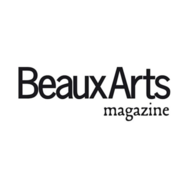 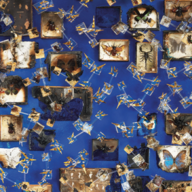 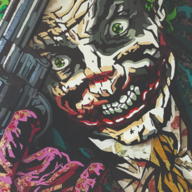